A portion of Butler City, Butler Township and Center Township are under a boil water advisory.

According to officials, a 12-inch water main break happened on Delwood Road Thursday evening, causing a loss in water pressure which could allow contamination into the water.

The impacted areas include…

There’s no timeline available on the repair. Officials say there is a portable water tanker available for impacted residents at the Clearview Mall. 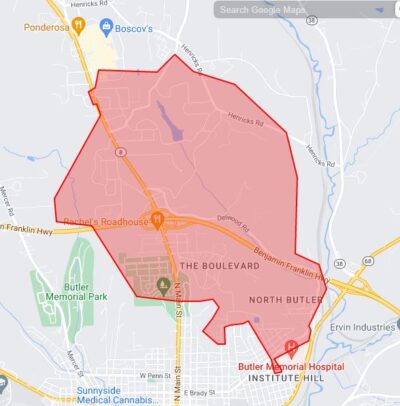