Butler City Police are looking for a suspect after a firearm incident that happened yesterday afternoon.

Details surrounding the event were not revealed by police, but they say the incident happened yesterday around 4 p.m.

Police describe the suspect as a white male who was driving a black and green motorcycle. We have his photo online at ButlerRadio.com. 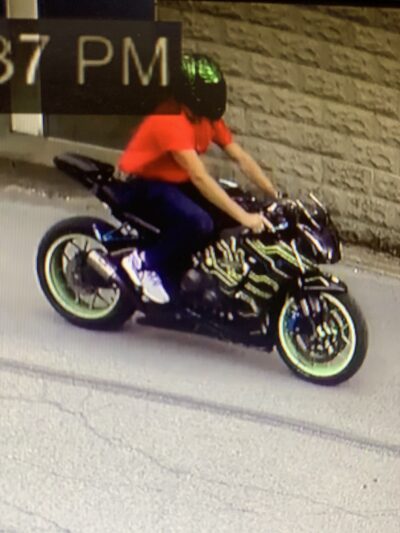 Police also submitted this photo of the suspect.