Multiple fire crews were called to the scene of a four alarm fire that occurred earlier this weekend in downtown Butler.

Calls came into the Butler County 911 Center just before 8:30am on Saturday for a fire that broke out at the Sir Speedy building on Main Street.

Saturday’s fire also damaged several other Main Street businesses, including Reclamation Brewing and Edward Jones Financial.  According to our news partners at WPXI, Miller’s Shoes was also damaged by the blaze.  The business suffered water damage in the basement and smoke damage in the store.

Efforts to contain the fire continued until after 11am on Saturday.  No injuries were reported. 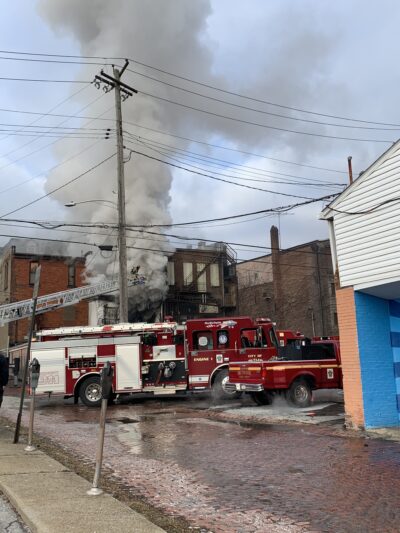 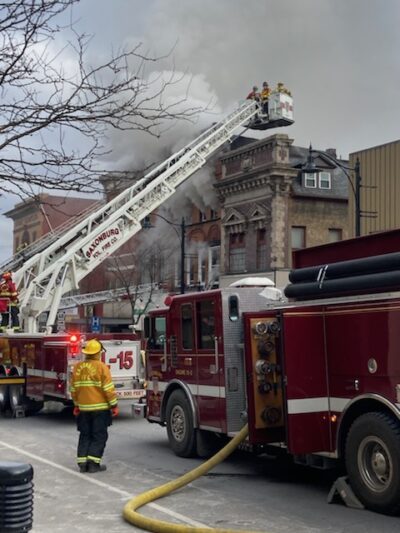 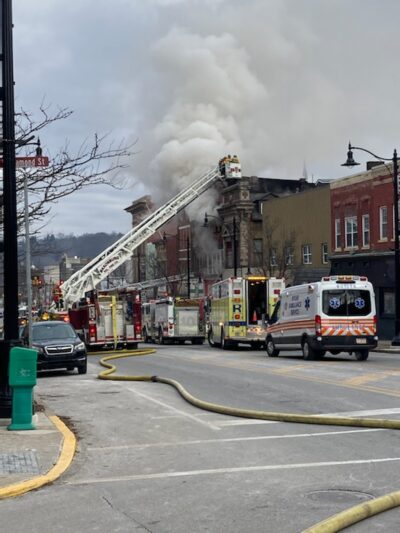