The one-lane Meridian Road Bridge in Renfrew is back open.

Crews were out Thursday morning performing guide rail repairs. Mattis says no damage was done to the bridge itself. 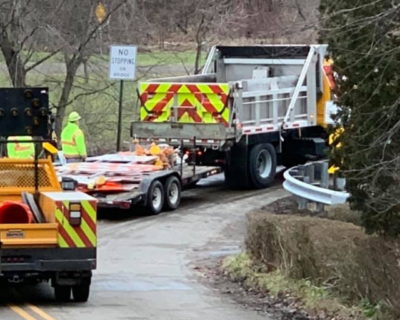