Kittanning Police say a woman who disappeared on Valentine’s Day has been found.

Early Tuesday, authorities said 27-year-old Katie Stoner was found safe and sound, and foul play is not suspected in her disappearance.

She was found staying at a home in New Castle. The case is now closed.

Following Stoner’s disappearance, police had identified two persons of interest in the case but those men have not been charged. 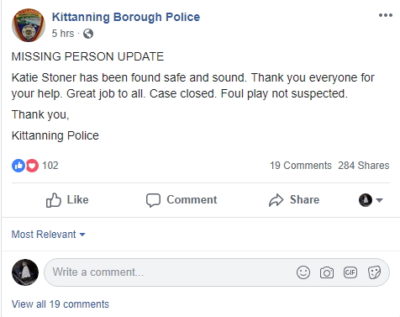