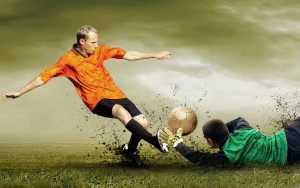 MLS game canceled moments before beginning due to positive test

Major League Soccer postponed a match Sunday between D.C. United and Toronto FC just minutes before it was scheduled to begin, after coronavirus testing Saturday showed a positive test for one player and an inconclusive result for another. Retesting will be done and the match will be rescheduled at a later date. The “MLS is Back” tournament begin in Orlando last Wednesday, and already two teams, FC Dallas and Nashville SC, have pulled out because of numerous positive coronavirus tests.

World TeamTennis began its three-week season on Sunday at The Greenbrier resort in West Virginia, where all of the nine teams’ matches will be held, instead of being played at different sites around the country, due to the coronavirus pandemic. Unlike nearly all sports that have come back, World TeamTennis is allowing some fans in the stands, but seating is spaced and only up to 20 percent capacity is allowed in. Additionally, fans have to wear masks and have their temperatures checked. Among Grand Slam champions playing in World TeamTennis this year are Venus Williams, Sloane Stephens and Kim Clijsters.