Two men from Butler who are already in jail for injuring three Butler City police officers during a chase in December, are now facing more charges stemming from a violent retail theft.

Police had been investigating 27-year-old Joshua McBride and 28-year-old Ryan Wilson for weeks following an incident a few days before Christmas at Lowe’s.

According to Butler Township Police, McBride drove Wilson to Lowe’s so Wilson could steal merchandise. During the theft, Wilson allegedly hit and pushed a Lowe’s employee, causing him to fall into the road and hit his head on the blacktop. Police say the employee also sustained a shoulder injury.

After Wilson injured the employee, police say McBride was waiting for Wilson’s return, and both sped away from the store.

Officers allege the two made off with over $1,300 in merchandise. Wilson was also charged for a separate theft from Lowe’s of $900.

The alleged thefts happened a few days before McBride and Wilson led police on a chase through parts of the city of Butler and Butler Township. Officers had attempted to pull them over because they were suspected of the recent retail theft from Lowe’s. McBride was the driver and purposefully struck two marked Butler City police cars, according to Police Chief Bob O’Neill. Both were taken into custody that night.

As of Monday morning, McBride and Wilson both remain in jail. McBride is facing charges stemming from seven different cases. Wilson currently has nine cases against him. 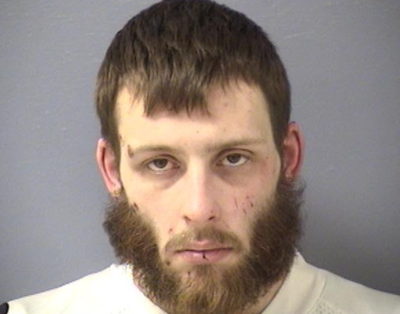