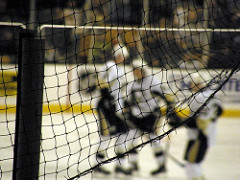 After the NHL announced Tuesday that it will scrap the 189 regular-season games remaining and go straight to the playoffs when it returns to play from its coronavirus suspension, the league Thursday announced the awards for the shortened season. Washington’s Alex Ovechkin and Boston’s David Pastrnak share the Maurice “Rocket” Richard Trophy as top-goal scorer, with both having 48. Edmonton’s Leon Draisaitl won the Art Ross Trophy for leading the league with 110 points. The Boston Bruins earned the Presidents’ Trophy for leading the league standings with 100 points. Goalies Tuukka Rask and Jaroslav Halak received the William M. Jennings Trophy for allowing the fewest goals.