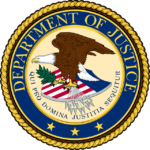 The 27-count indictment charges the group with conspiring to distribute 40 grams of more of fentanyl, at least 100 grams of heroin, as well as cocaine from January 2017 through this June.

The Department of Justice says that those who were arrested have residences listed in Butler, Lyndora, Philadelphia, and New Kensington.

Sentencing can range from five to 40 years in jail and a fine of up to $5 million.