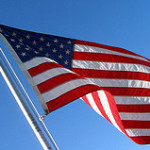 President Trump will give his State of the Union address on Tuesday night, and there will be several local guests in attendance.

Monica Hughes is a TSA officer working at Pittsburgh International Airport. She was invited to the event by U.S. Sen. Bob Casey.

Hughes is an Army reservist and TSA officer, and continued to work during the recent 35-day shutdown even though she didn’t receive a paycheck.

Also, a Pittsburgh Police officer who responded to the Tree of Life Synagogue shooting will attend the address. Officer Timothy Matson suffered multiple gunshot wounds during the shooting.

And, Judah Samet, a Pittsburgh resident and Holocaust survivor, will be in attendance. Samet was invited by the White House through the Holocaust Center of Pittsburgh. He narrowly avoided the massacre at the Tree of Life synagogue as he was running late that day to services. When he pulled into the synagogue parking lot, he could hear shooting and was urged by another man to leave the area.