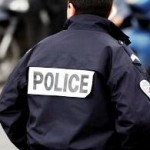 One person has died following a one car crash that occurred last week on Interstate 80 in Shenango Township, Mercer County.

According to the Mercer State Police, 53-year-old Wayne Grahl was traveling west on I-80 on Friday when his car left the roadway and struck a ditch.

An investigation is ongoing as of Sunday morning.