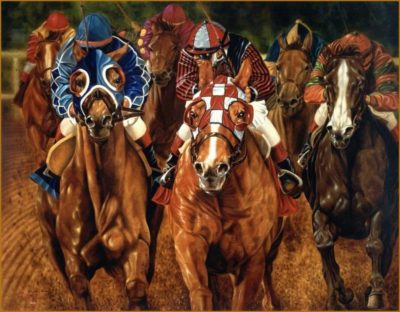 Preakness announces a move to October

The Preakness Stakes, the second race in horse racing’s Triple Crown, has been rescheduled for October 3rd. The announcement was made on Saturday, the day when the 145th Preakness was supposed to have been held before being postponed on April 3rd because of the pandemic. The Kentucky Derby, which was supposed to be run on May 2nd, was postponed to September 5th. The New York Racing Association has not yet decided on a rescheduled date for the Belmont, the final Triple Crown race, which was originally scheduled for June 6th.