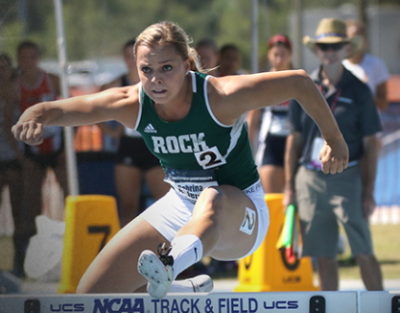 Slippery Rock University track and field standouts Sabrina Anderson of Warren and David Reinhardt of Bradford were honored Friday with the highest academic honor of the Pennsylvania State Athletic Conference when they were named the Pete Nevins Scholar-Athletes of the year for the 2016-17 academic year. This marks just the second time in the history of the awards, and first time since 1993-94 that any institution in the PSAC has swept both of the year honors. The PSAC first presented the awards in 1991. Anderson won the award last year as well.