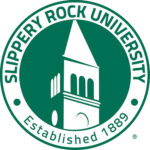 A top administrator at Slippery Rock University will continue on in the position he assumed on an acting basis earlier this year.

SRU President Dr. William Behre has announced that Michael Zieg will serve as interim provost for the upcoming 2022-23 school year.

That position is highest ranking official in the academic affairs office and responsible for all academic policies. The decision was made after consultation with SRU’s college deans and faculty leadership.

SRU will look to make an internal hire this summer to fill Zieg’s former position of interim associate provost.