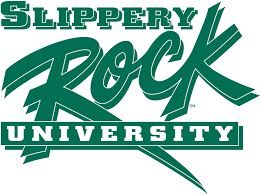 Slippery Rock University defensive end Marcus Martin (from West Mifflin) added another honor to his decorated list of postseason awards Friday when he was named as one of the five national finalists for the Ted Hendricks Award, presented annually to the best defensive end in all of college football. Martin is the first NCAA Division II player to ever be named a finalist for the award, which has never been won by a player outside the Power Five Division I conferences.

Martin, who was named earlier today as the Division II Super Region One Defensive Player of the Year, is joined on the national finalist list by four FBS players. They are Nick Bosa from Ohio State, Bradley Chubb from North Carolina State, Clelin Ferrell from Clemson and Sutton Smith from Northern Illinois.

“There have been some incredible honors for Marcus this week, between winning the Upshaw Award in a record vote and being named a finalist for the Harlon Hill, but being named to this finalist list is just incredible,” said Shawn Lutz, SRU head coach. “Look at the list of players that have won this award and the names of the other finalists. What a testament to the caliber of person and player Marcus is. We’re so proud of him.”

The Ted Hendricks Award has been given annually since 2002 and is named in honor of College Football and Pro Football Hall of Fame inductee Ted Hendricks, who won four Super Bowls with the Colts and Raiders after being drafted in 1969 out of the University of Miami. Hendricks played in 215 straight games until his retirement in 1983. He was enshrined in the Pro Football Hall of Fame in 1990.