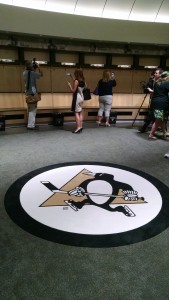 Two former NHL players who have played for the Pittsburgh Penguins have been elected to the Hockey Hall of Fame. Jarome Iginla, who was the Calgary Flames longtime captain, and Marian Hossa led the Hockey Hall of Fame six-person 2020 class announced yesterday,. Also elected were defensemen Kevin Lowe and Doug Wilson, Canadian women’s goaltender Kim St. Pierre, and longtime general manager Ken Holland, who won three Cups as general manager for the Detroit Red Wings and is currently the GM in Edmonton.

Iginla makes it in his first year of eligibility and is the fourth Black player in the Hall. Iginla won the Maurice “Rocket” Richard Trophy twice as the NHL’s top goal-scorer, and won the Art Ross Trophy for the most points in 2002 as well as the Ted Lindsay Award as MVP voted by fellow players.

Hossa was a point maker – with 1,134 points in 1,309 games in the NHL – and had 149 points in 205 playoff games. He played for five teams – and won the Stanley Cup three times with the Chicago Blakchawks.